Effectively targeting ads in reddit is primarily dependent on finding the subreddits that are most relevant to your product and ad. The following post explores reddit ad targeting variables and methods, with the intention of maximizing advertiser-user relevancy.

Currently, targeting variables for reddit ads are limited to

An October 2013 post on the reddit blog hints at potential future targeting and delivery options: “we want to add features of other robust self-serve systems, like enabling discount codes for redditors, A/B testing, or geotargeting — but we want to design it in a way to serve the reddit community’s own particular needs.”

This said, advertisers seeking maximum user-relevancy should exhaust available impressions within topically relevant subreddits before even considering the broader front page targeting. Ahead are some tools and methods to assist searches for relevant subreddits. 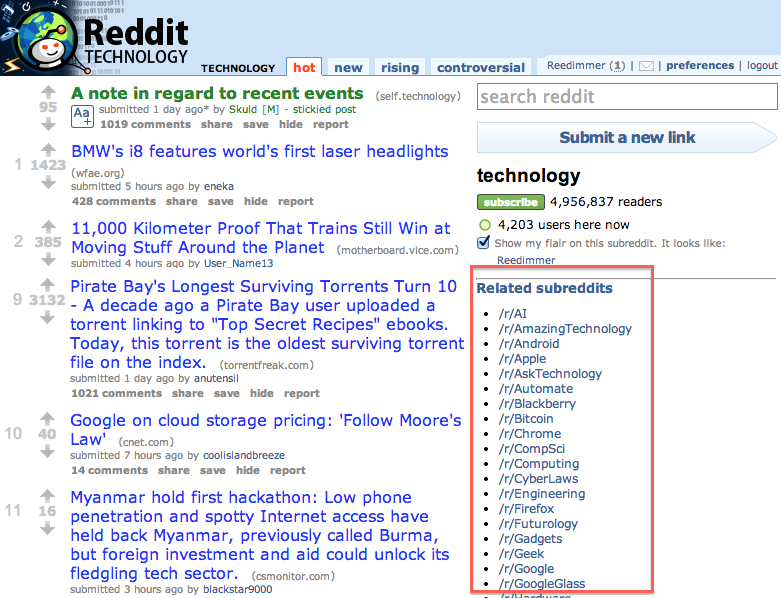 2. The tag explorer section of metareddit is a useful tool for finding subreddits on a certain topic. Larger font sizes indicate more associated subreddits. The below image shows all subreddits tagged “gaming”. 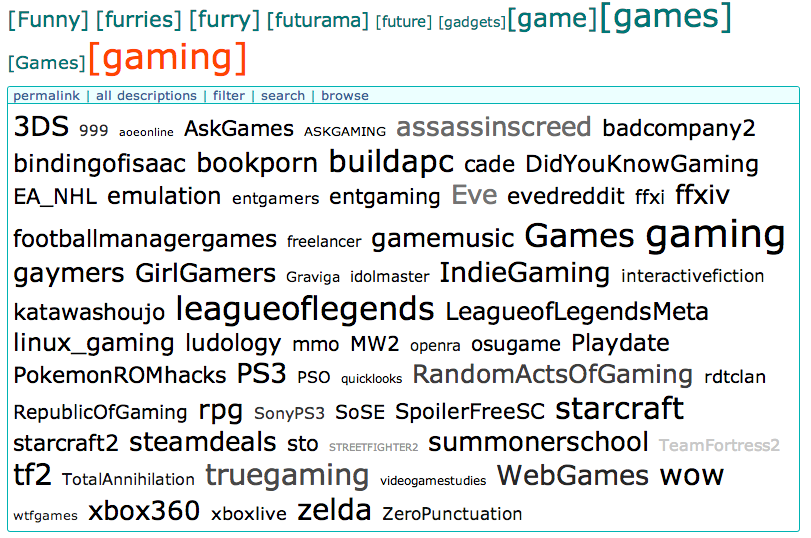 3. Randall Olson created an interactive subreddit cluster visualization, which clusters subreddits that are highly engaged by similar audiences. Node diameter reflects PageRank, which is closely related to the probability of that page being visited. His methodology for creating the visualization is available in this report. 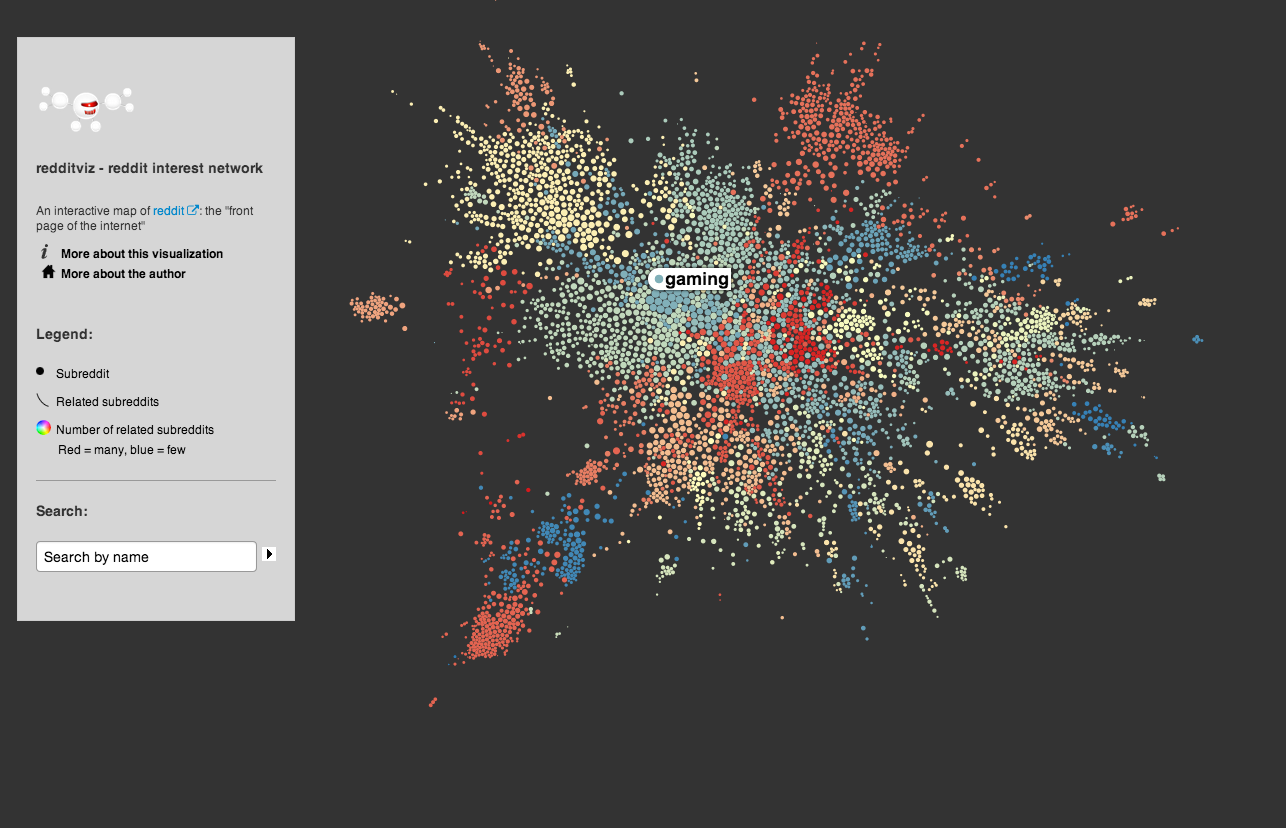 For example, a computer gaming brand will likely find a more relevant audience in r/PCGaming than r/Gaming, because the former’s audience has opted-in to specifically receive that content, whereas the latter’s audience includes anyone who has recently joined reddit, regardless of whether they’re particularly interested in video games or not.